Dr. Gino Strada is one of the candidates for the 11th Annual Human Rights Awards, hosted by Global Exchange.

As the co-founder of EMERGENCY, Gino has made significant contributions to the advancement of human rights with his and EMERGENCY’s continuous work in support of the belief that healthcare is a human right.

Gino Strada began his career as a war-surgeon in 1988. In 1994 he co-founded the international humanitarian aid organization EMERGENCY – Life Support for Civilian Victims of War, which has treated over 5.2 million people in war-torn areas with high-standard medical and surgical care, completely free of charge.

At present EMERGENCY has built and manages hospitals and clinics in Afghanistan, Central African Republic, Iraq, Italy, Sierra Leone and Sudan. EMERGENCY also promotes a culture of peace, solidarity and respect for human rights through thousands of volunteers in Italy, the US, the UK, Switzerland, Japan, Belgium and Hong Kong.

Gino Strada currently spends his time leading an open-heart surgical team in Sudan at EMERGENCY’s Salam Center for Cardiac Surgery, which performs about 1200 operations a year and is the only hospital of its kind in Africa. Gino and the hospital were recently featured in the Oscar nominated documentary short “Open Heart.” 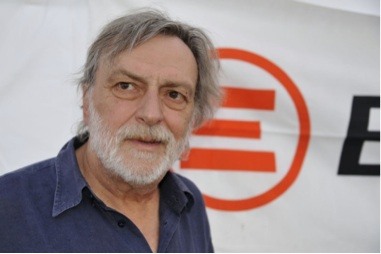 Global Exchange’s Human Rights Awards are grounded in our commitment to ensuring that the rights outlined in the Universal Declaration of Human Rights are respected and upheld by our world’s governments and private institutions.

Since our founding in 1988, the association has partnered with individuals and organizations throughout the world to educate people about threats to political, economic, social and environmental justice and to activate individuals and communities to confront these problems effectively.

With these annual awards, Global Exchange recognizes the contributions of individuals and organizations defending human rights in their own countries and around the world.